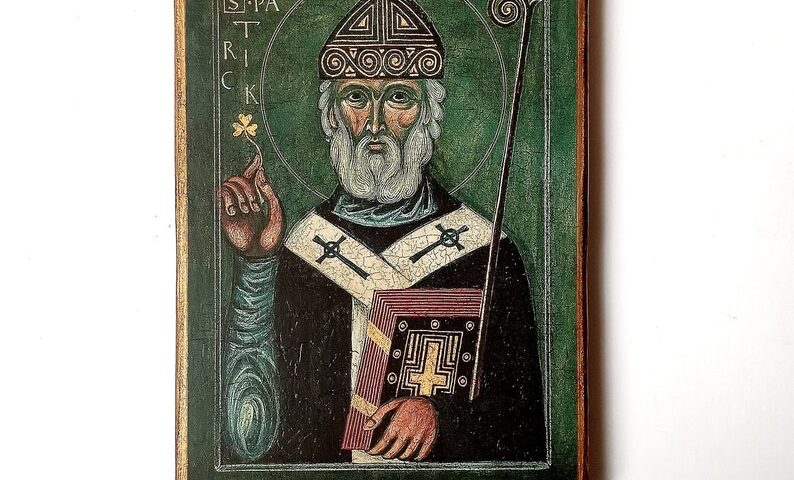 This year is the 180th Anniversary of the Laying of the Cornerstone of Saint Thomas Aquinas Church.

The ceremony was conducted on March 17, 1842.  Though the Muskingum River was covered with iced, and snow piled deep upon the ground, frozen iron-hard by an exceptionally cold winter, the ceremonies were conducted with much solemnity and reverence.  Unanticipated multitudes of faithful Catholics from miles around, accompanied by their curious and sympathetic neighbors, witnessed the sacred rite dedicating the foundation and building of the new church to the Glory of God in Honor of Saint Thomas Aquinas.

We will commemorate that historic and sacred moment at Saint Thomas Aquinas on Saint Patrick’s Day, Thursday, March 17, with several events.

Following the precedent of last year’s Diocesan Lenten 40 Days of Eucharistic Adoration, Saint Thomas will begin our participation in that spiritual event on Thursday, March 17, with Exposition and Adoration of the Blessed Sacrament beginning at 1 pm in the Activity Center.  Adoration will continue throughout the afternoon and into the evening, concluding with Benediction of the Blessed Sacrament at 7 pm.

The celebration of the Mass in Honor of Saint Patrick will immediately follow.  Father Sullivan will be the principal celebrant, accompanied by other priests of the Diocese of Columbus.  A light reception will follow in the school cafeteria.

Come and celebrate this sacred and historic commemoration as we come together before the Lord–Ever Present in the Blessed Sacrament– to give thanks to him for 180 years of faith and family!